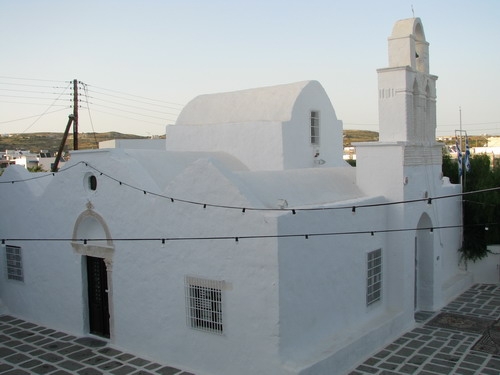 Messa Panaghia or Panaghia Skiniotissa
On the top of the Castle, there is the small arched church of Panaghia Skiniotissa or Messa Panaghia. Today, the church building is preserved in a very good condition, as it is a postwar building. The older chapel was blown up during the German occupation so that an anti-aircraft cantilever would be built in its place and thus the church was rebuilt after 1944.